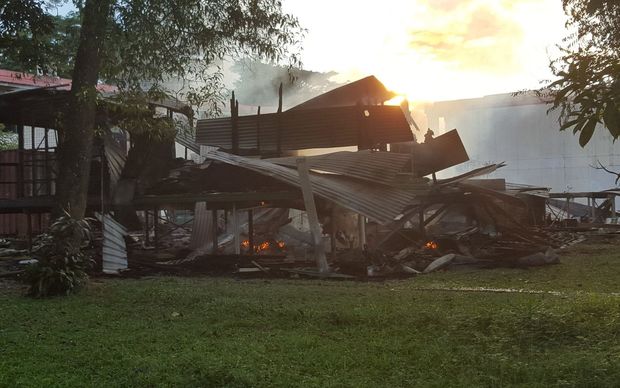 One person has died after violent clashes at a university campus in the northern Papua New Guinea city of Lae on Saturday night.

In a statement, the University of Technology, or Unitech, said a group of men armed with bush knives attacked a student who was staying in a dormitory block in what appeared to be a targetted attack. The student later died of his injuries.

The university's vice chancellor, Albert Schram, said the group then set fire to various buildings on the campus, including the Student Representative Council President's office and the mess. 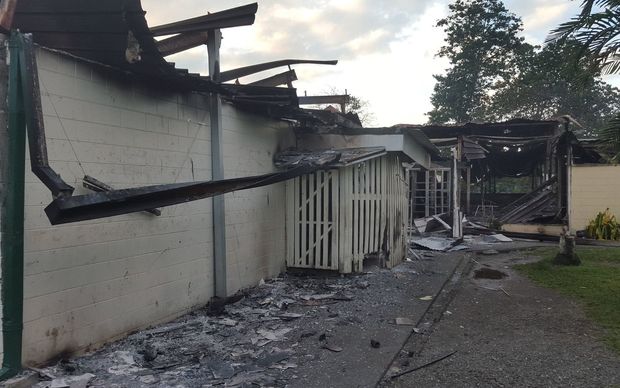 Dr Schram said security forces and police were outnumbered for some time before reinforcements arrived, and the situation was eventually brought under control early on Sunday morning when police fired tear gas into the crowd.

He said the university was evacuating students from the campus.

Unitech students have been boycotting classes for weeks as part of nationwide student protests calling on the Prime Minister, Peter O'Neill, to step down to face fraud allegations.

However, it is not yet clear whether this weekend's clashes were related to the protests.

Earlier this month, police opened fire on students from the University of PNG in the capital, Port Moresby, as they tried to march on parliament in support of a no-confidence motion against Mr O'Neill. 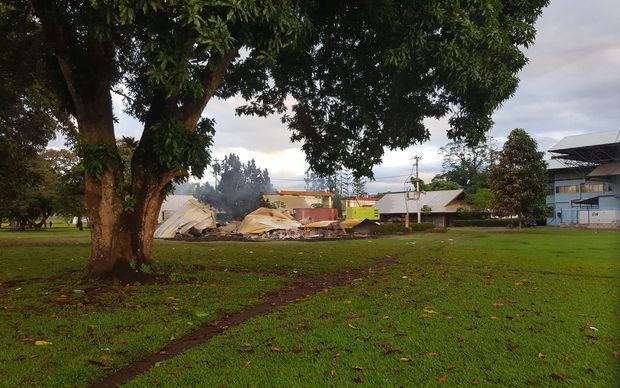 The remains of a building at the University of Technology in Lae, PNG, after it was burned to the ground in violent clashes. Photo: Supplied / Albert Schram