About a thousand market vendors in Fiji have been given seeds, tools and fertiliser to help replant their crops following Cyclone Winston.

The supplies have been provided through the United Nations Food and Agriculture Organisation and UN Women.

UN Women Markets for Change Project Manager Anna Parini said 700 women were among the vendors in Rakiraki, Ba, Lautoka and Tavua to have received the assistance.

She said women vendors were particularly badly affected by the cyclone.

"They are the most dependent on subsistence agriculture, and they are essential in bringing farm produce to the public, and they are also the ones with the income provided by the selling at the market, they provide for essential need in the family."

Anna Parini expected the provision of seeds and other supplies to the vendors would result in more produce in the markets within about three months as the crops are fast growing. 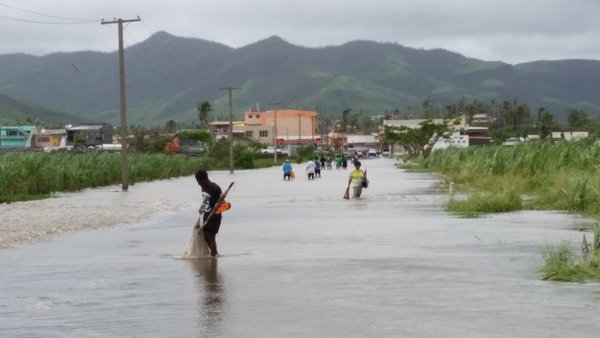 People near Rakiraki wade through floodwaters to get to the market for food. Flooding six weeks after Cyclone Winston damaged seedlings which were planted in the wake of the storm. Photo: RNZI Sally Round 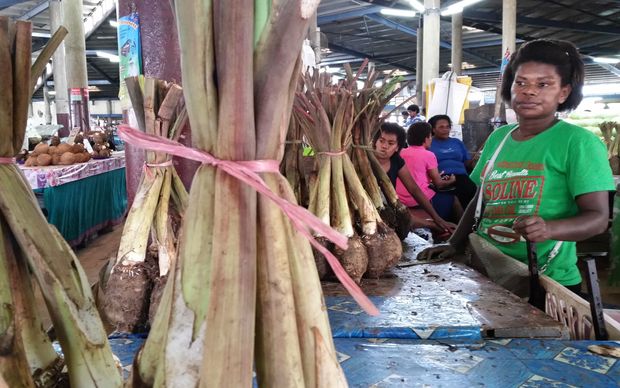 Market vendor with taro crop for sale at the Lautoka Municipal Market, Fiji Photo: RNZI/Sally Round