The final spot at Oceania Men's Under 20 Football Championship is up for grabs at the OFC Preliminary tournament, which kicks off in Nuku'alofa today.

Hosts Tonga are in action first up against Cook Islands, followed by American Samoa versus Samoa.

The host nation's technical advisor, Kilifi Uele, said the Tongan squad is made up entirely of local players.

"We prepare and are looking forward for this tournament. A lot of our players they carry on from the Under 17 (men's national team) and then they go out and they prepare for this Under 20 (tournament). Our players are prepared to play against any team in the tournament."

The bulk of the Samoan squad is locally based with three from New Zealand and one from Australia.

Coach Paul Ualesi said they've been training together for three months and are going in with big expectations.

"We really need to win because I know all the teams are being here to win but same as us - that's the purpose we've come here. We need to win this to qualify for the second phase. We are going to take (the games) one at a time - our teams are being a physical team as well, they're about fitness as well but we've all prepared for everything in the front, the forward and the back as well as the midfield as well."

The overall winner will claim the eighth and final berth at September's OFC Under 20 championship in Vanuatu, from which the winner will advance to next year's World Cup in Korea. 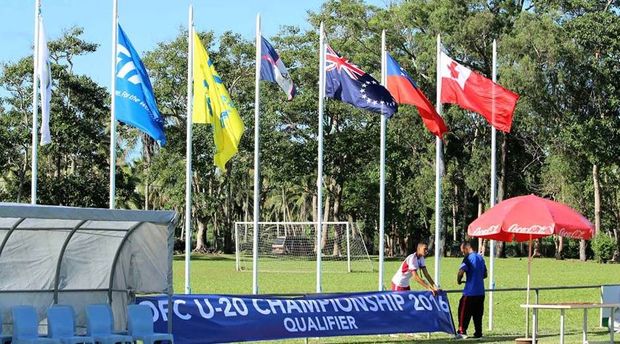 The OFC U-20 Preliminary is being held in Nuku'alofa. Photo: Oceania Football