The outgoing leader of Fiji's main opposition party SODELPA says Fiji does not need a coup leader in charge of the party.

The position, held by Ro Teimumu Kepa since the 2014 election, will be decided at the party's AGM this week and the 1987 coup leader Sitiveni Rabuka is one of those contesting.

Ro Teimumu said so many people had suffered because of the coups. 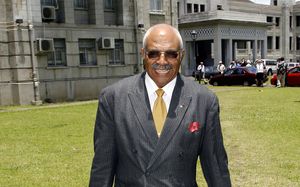 Ro Teimumu said she was happily stepping down from the leadership.

She said she would return to her village in Rewa to serve her people.

"I will be helping the youth, in terms of education, upskilling them. We know unemployment is an issue and it'll continue to be an issue in Fiji," she said.

Ro Teimumu said she would like to see young people staying in the village but they needed help and opportunities to better themselves.