A group credited with fighting racism against Pacific people in New Zealand, and putting them on the map politically, celebrated 45 years this week.

As the Polynesian Panthers marked the occasion with the blessing of a plaque in the Auckland suburb of Ponsonby, some of the same issues which drove the group's creation remain relevant in New Zealand society today. 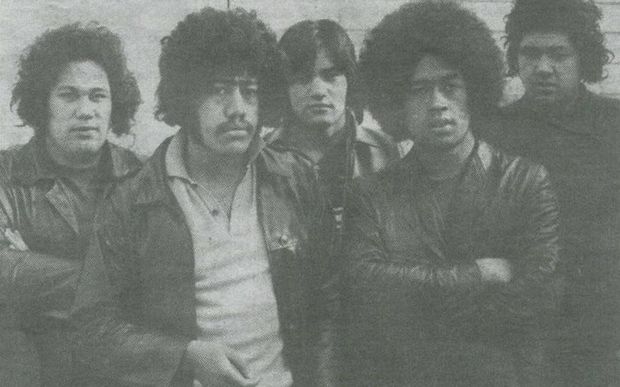 The Polynesian Panthers aimed to inspire the urban youth of Auckland. Photo: facebook

Its work - political activism, running food co-ops and homework centres, advocating for tenants and promoting Pacific languages - has been credited as a forerunner for much modern-day community activism.

Mr 'Ilolahia, a founder of the Waiata Artist Trust and the chair of the Pacific Island Media Association, said the group was modelled on a prominent group within the American civil rights movement, the Black Panther Party.

He had read the book Seize the Time by Black Panther Party chairman Bobby Seale and seen similarities to what was happening in New Zealand, he said.

"So that was the reason we set up. We had a mixture of ex-gang members and university students and what not," he said.

Reverend Wayne Toleafoa, who is now a member of the Northern Presbytery Council, joined the group and became its 'Information Minister'.

"You know it's wrong that we should be addressed as 'black bastards' and that kind of thing, so we started to push back," Mr Toleafoa explained.

While the United States' problems with racism at the time had been well documented, he said it was also an issue in New Zealand.

"Here we are, the weakest group in society, we're being victimised and so we have to fight back, if you like. And that's the thinking of 16-year-olds and 17-year-olds, which is what we were, and we thought 'we're doing the right thing'."

He said the leadership inspired the urban youth of Auckland, and the infamous dawn raids further highlighted the need for such a group. 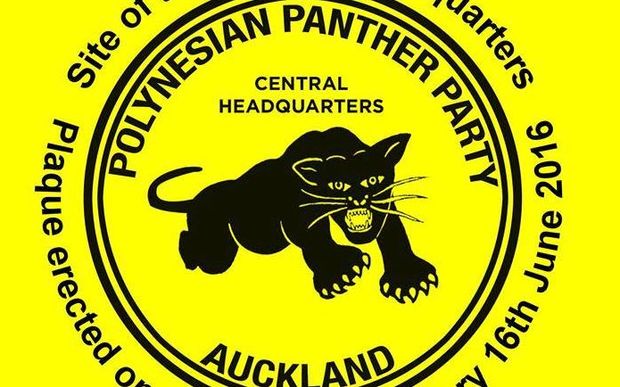 The Polynesian Panther Party was founded in Auckland in 1971. Photo: facebook

"New Zealand's history of the way it treated Samoans and Tongans at that time... Our people had door-knocking by the police, dogs going through, people having to line up on Ponsonby Road, K Road (Karangahape Road)," Rev Strickson-Pua said.

This was common treatment.

"I was one of the people stopped on the road by a group of cops on K Road," Mr Toleafoa said.

"And I asked one of them why they stopped us and I was asked for my passport. And I thought that's the kind of thing they did in Nazi Germany, they ask for your passport. I said, 'look, I was born in New Zealand, I don't usually carry my passport around in my back pocket because I'm not travelling anywhere'."

Social worker Vince Tuisamoa, who was part of the youth arm of the Panthers, said the group ran food co-ops and homework centres - and many legal and educational community inititatives were born out of its work.

Mr Tuisamoa said it also advocated for tenants before the existence of the Tenancy Tribunal.

"You were looking at landlords who were charging astronomical rates for houses that were substandard," he said.

"When somebody complained, they got the heavies in to move them out and they might have fixed the window but charged double the amount which the first tenants were complaining about." 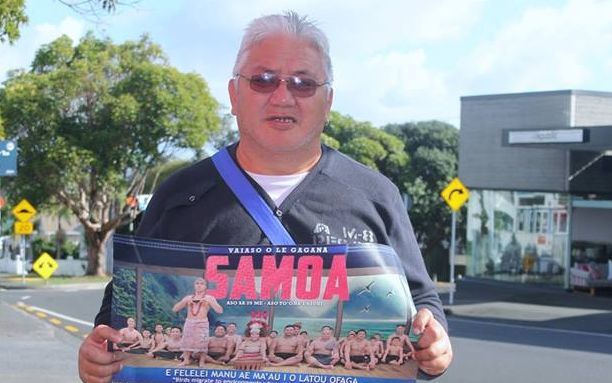 Mr Tuisamoa's mother was a Polynesian Panther member and helped create the Pacific Island Resource Centre, which he said then spawned language nests and media outlets.

Auckland University's Melani Anae also joined the movement, and wrote a number of books on Pacific issues - including works on the Polynesian Panthers.

"Of course the Māori who are tangata whenua, that was really embedded in New Zealand identity," she said.

"But we being the first kind of ethnic groups in large numbers that came over - the Panthers kind of set the scene for our Pacific identity, and that we had every right to be here and to be part of a society and not be subject to racism and discrimination."

Mr Tuisamoa said the Panthers joined the struggle by Māori for recognition of Te Reo and for Māori land rights, including the historic protest at Bastion Point

They stood strongly with Māori over the Crown's treatment of them and their rights, he said.

"That was a platform that we looked at: OK, if you promise to buy a cake to the Māori, let's see the cake - don't turn around and make excuses why you can't bring the cake, you can't make the cake."

Rev Wayne Toleafoa said there was still a need for Pacific activism and advocacy 45 years later.

"There still needs to be people that look at things like homelessness and not only look at our people but look at all New Zealanders and think 'why are these people homeless and how can I help them?'"

"There's always going to be things that the Panthers were interested in that all New Zealanders should be interested in," Mr Toleafoa said.

Despite that need, Mr Toleafoa said his children were fortunate to not have had to face what his generation did. 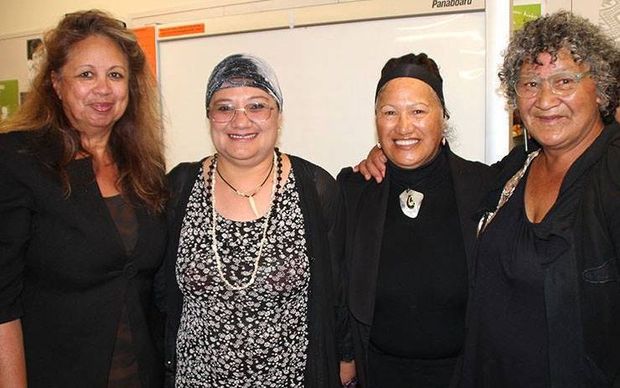 Dr Melani Anae agreed that times had changed. Back then, they couldn't walk down the street without experiencing some kind of racism, she said.

"It was something that we had to face, like it or not, whereas today the Pacific youth are confused about racism," Dr Anae said.

"They don't know what it is, where it lives and how to recognise it because it is not blatantly in their face like it was for us.

"It is more kind of hidden if you like, in terms of institutional racism, political correctness; all these processes that generally are masking the real motive behind power."

Rev Mua Strickson-Pua said he believed the spirit of the Polynesian Panthers would give birth to a new urban Pasifika movement.

Will 'Ilolahia and Vince Tuisamoa were planning to meet with a group of Pacific and Māori activists in Palmerston North over the weekend.

This next generation was a source of much pride, Mr 'Ilolahia said - and he also very proud of the group's literal offspring.

Musicians Ladi6, Scribe and Che Fu - as well as All Blacks Ben Atiga and Benson Stanley - are among just a few Pasifika achievers who had parents involved with the movement.