The Samoa women's sevens team will be match-hardened for next weekend's Olympic qualifier in Dublin after a heavy diet of games over the last few weeks.

The Manusina played two tournaments in Auckland last month against the Cook Islands, who are also vying for a spot in Rio, and two New Zealand selection teams. 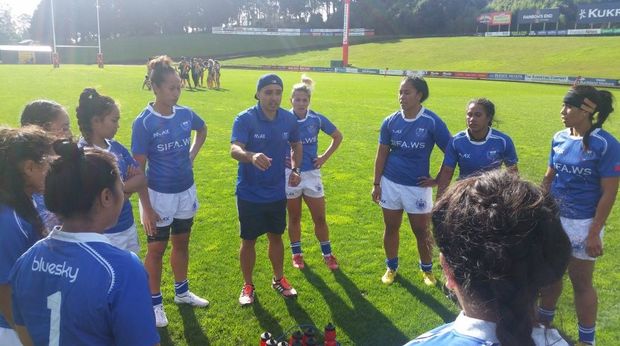 Last week they travelled to Fiji to train and play a series of matches against the Fijiana.

Head coach Ramsey Tomokino said it was a welcome test against a side who thrashed them at last year's Oceania Champs.

"We kind of planned this out since December last year...(arranged) with (Fiji coaches) Chris Cracknell and Iliesa Tanivula that we could turn up to Fiji and play them en route to heading towards Dublin. We had a good series of games there and certainly we improved and probably our first game was out best game...it ended up 28-22. What we wanted to focus on was being able to hold the ball and be able to work on our defence because Fiji's a very good side...in patches we did some really good things and it was all about just building towards what we're trying to achieve in Dublin." 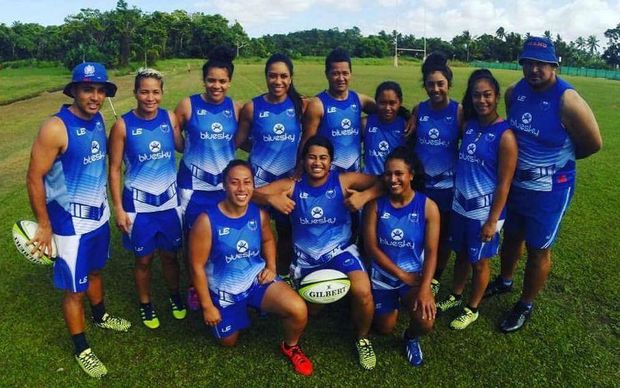 The Manusina squad all smiles during their training camp in Fiji. Photo: Twitter / Manusina SWR

The Manusina are spending this week in Leeds in the north of England and will play futher matches against Yorkshire this weekend before heading to Dublin for the repechage tournament.

Ramsey Tomokino said the time together on tour is a crucial part of their preparation.

"We're not on the (World Series) Circuit so we've got to use every opportunity to play. People might say that we've been together three weeks or so but in all reality it's easier to be away to work and train as opposed to being in New Zealand and people have work or they've got family commitments...it is an opportunity to really gel and really put our best foot forward in Dublin."

Samoa are in the same pool as Zimbabwe, Madagascar and Russia in Dublin and can also secure a spot on next year's Women's World Series if they finish as the top non-core team.