A senator from Kwajalein in the Marshall Islands, David Paul, says chemical contamination of fish there is 'a public health concern of epic proportion.'

Mr Paul was speaking ahead of this week's annual Marshall Islands-United States defence consultations in Majuro.

Our correspondent said the contamination issue was on the agenda following the release last year of US Army reports that showed significant levels of PCBs - polychlorinated biphenyls - in the waters around the US missile defence base on the atoll.

Giff Johnson said because Marshall Islanders eat the whole fish their exposure to the cancer causing pollutants is much higher than for others eating fish.

"The Marshall Islands and Kwajalein senators, particularly, are pushing the army - they want to get an epidemiological study going, they want to have a much more detailed look at the fish contamination issue, not just at one or two islands but around the atoll, and I think they are also talking about trying to get some independent scientists to take a look at the army studies to give them advice on what next steps should be." 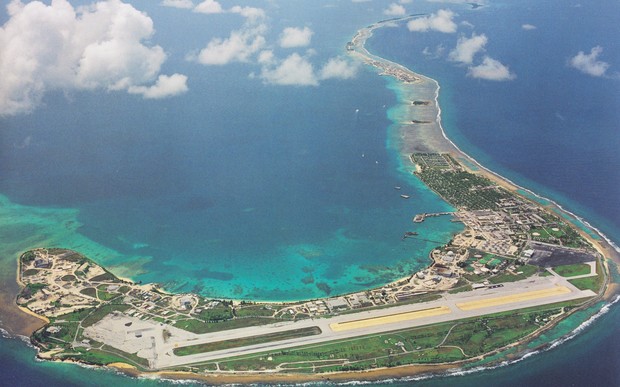 Aerial view of the main island in Kwajalein Atoll, which is the headquarters for the U.S. Army's Reagan Test Site, an important missile defense facility. Fish in the lagoon area of the base have been found to have high levels of chemical contamination. Photo: Giff Johnson