A Women's rights group in Fiji says the suspension of an opposition MP from parliament is a blow for women's political participation. 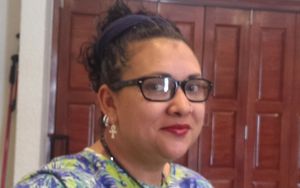 The executive director of FemLINK Pacific, Sharon Bhagwan-Rolls, said she was disappointed at the suspension last week of Tupou Draunidalo.

Ms Draunidalo was suspended until the 2018 election after she was found guilty of name-calling by the Parliamentary Privileges Committee, which consists of four government MPs.

Ms Bhagwan-Rolls said the Speaker of the House, Jiko Luveni, could have used other means to discipline Ms Draunidalo, including a shorter suspension.

She said the suspension also reduced women's representation to just 14 percent of parliament.

Ms Bhagwan-Rolls said that didn't help her organisation's cause of encouraging women to participate in politics.

"It's very clear. We're not back into parliamentary democracy," said Ms Bhagwan-Rolls.

"It's a work in progress so we are probably going to have to do a little bit more convincing for women to participate in parliament if this is the style in which parliamentary debate is going to be conducted, particularly by the majority."

Rafendi Djamin, the executive director of Southeast Asia and the Pacific, says Ms Draunidalo was merely expressing her right to freedom of expression, and said the punishment was unwarranted.

"Unless this suspension is immediately reversed, the Fijian authorities are proving they are intent on silencing critical voices," he said.

But the Prime Minister, Frank Banimarama, has expressed his full support for Ms Draunidalo's suspension, saying her comments were "offensive" and accusing her of abandoning rational debate in the pursuit of an element of ethnic prejudice.