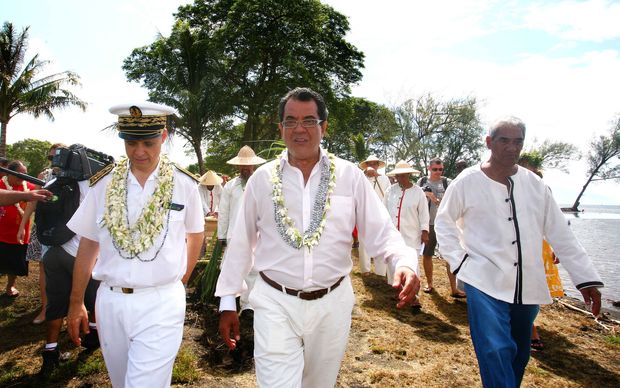 The French Polynesian president, Edouard Fritch, says he won't appeal against a ruling in the criminal court which found him guilty of exerting undue influence.

Tahiti's Radio 1 says he made the anouncement after a news conference at the presidency.

Last month, the court fined Fritch US$19,000 for having given Radio Ma'ohi US$140,000 in 2007 to advance the position of the Tahoeraa Huiraatira Party.

At the time Fritch was the party's deputy leader and the mayor of Pirae whose finances were used for the deal.

Before the trial, he claimed to be innocent, saying the funds were approved by the municipal council and the French administrators.

Fritch has since quit the Tahoeraa and formed his own party.

Fritch assumed the presidency two years ago when his predecessor Gaston Flosse was forced out of office for a corruption conviction.

Last month, the court also convicted a journalist, Gustave Heitaa, and fined him US$14,000 for accepting a journalist's contract at Radio Ma'ohi while being an employee of the territorial assembly.