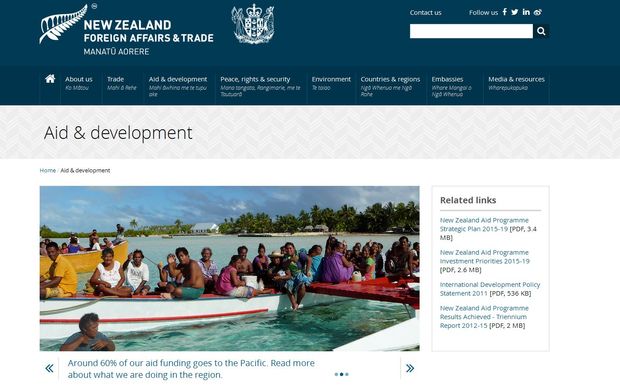 The New Zealand government says transferring unspent aid funding between its yearly budgets is all part of the flexibility of having the country's aid on a three-year budget cycle.

This is in response to the group New Zealand Aid Development Dialogue which said a surprising 12 percent increase in this year's aid budget was the result of underspending in the 2014 and 2015 budgets.

The New Zealand government maintained its commitment to increasing its Pacific development assistance with an overall increase of $US15.3 million in aid to the region in this year's budget.

However, the New Zealand Aid Development Dialogue said some of this money was being rolled over from two consecutive years of underspending.

A statement from the Ministry of Foreign Affairs and Trade however downplayed the observation.

It said the aid budget was set for use over a three-year period, which gave the ministry flexibility to bring forward unspent funds between years.

The ministry's statement however did not explain what was causing the underspending and neglected the fact that unspent funds were carried over from the previous three-year cycle which ended in June last year.