Tonga has launched a hard-hitting campaign highlighting the dangers of smoking around children on World No Tobacco Day.

Tuku Ifi Leva, or Quit Smoking Now, graphically shows the risks of tobacco use and impact of second hand smoke.

With 46 percent of men and 13 percent of women smoking, tobacco use in Tonga is among the highest in the world. 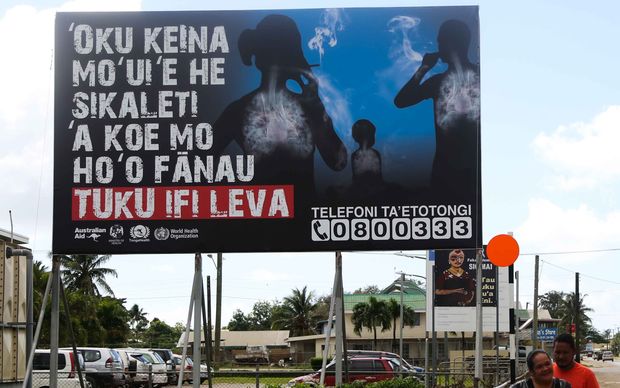 The Chief Medical Officer of Public Health, Reynold 'Ofanoa, said smokers would lose about 10 years of their life, or 10 years without children, families and loved ones.

An enforcement blitz will be carried out during the campaign which runs for six weeks.

A public health officer with the Pacific Community said smoking in the region could be reduced to under five percent of the population by 2025.

Solene Bertrand, who deals with non-communicable diseases, said in the French territory of Wallis and Futuna alone more than half the population smoked cigarettes.

She said efforts to curb that start with education and with respected members of the community being role models.

'First we will inform them why they need to stop smoking - because it's bad for their health. Another option is to work with the community, the chiefs. I think that the people, the high level political people need to give an example and be a role model to the rest of the population, so they have to be non smoker and they have to send this message to the population.'