A prominent West Papua independence activist is calling on Papua New Guinea's prime minister to extend his invitation to all West Papuans to him. 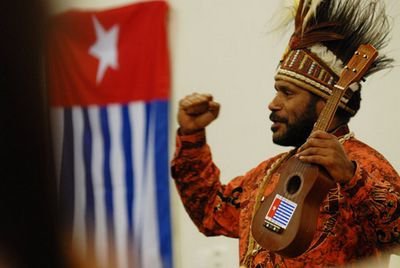 Peter O'Neill has spoken of the need to speak out about human rights abuses in neighbouring Indonesian territory, and last week told a radio talkback programme that West Papuans are welcome in PNG.

But Benny Wenda, who lives in exile in Britain, has been denied entry into PNG twice in the last year.

Mr Wenda, who is the spokesperson for the United Liberation Movement for West Papua, said he was trying to apply for a visa to enter PNG to attend an upcoming Melanesian Spearhead Group summit.

His movement gained observer status in the MSG last year, and Mr Wenda said he hoped to be able to attend.

"They don't really give a reason [about] why they try to stop me, but I hope they will allow me again because I'm officially a member of the Melanesian Spearhead Group and I'm officially the spokesperson for the United Liberation Movement."