Dozens of members of the West Papua National Committee, or KNPB, have been arrested by Indonesian police in Papua province.

Up to 51 KNPB members were reportedly taken into custody by police in Jayapura and Sentani yesterday for organising new demonstrations in the region.

In the past month and a half there's been a series of large, peaceful demonstrations in most Papuan urban centres in support of the United Liberation Movement for West Papua and its bid to become a full member in the Melanesian Spearhead Group. 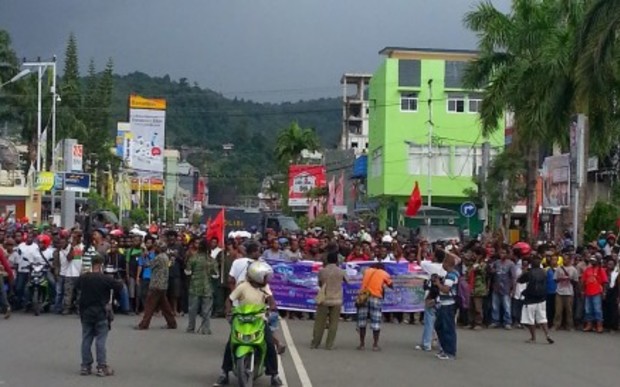 Earlier this month, during a day of demonstrations, police arrested around 1700 Papuans.

The KNPB is one of the main representative groups which formed the Liberation Movement, and is seen as a prime domestic target by Indonesian authorities opposed to the Movement.

More mass demonstrations are planned for Tuesday, ahead of the MSG leaders summit due to be held in neighbouring Papua New Guinea in June, when a decision on the West Papuan full membership bid is expected to be made.

Human rights advocates in Papua have expressed concern for the wellbeing of the KNPB activists while in custody.