A database of Samoa's significant archaeological and heritage sites as well as their associated histories and oral traditions is being compiled for the first time.

The archaeological and cultural history will be revisited by local archaeologists and historians from the National University Centre for Samoan studies for the purpose of documenting, conserving and preserving cultural heritage.

The US government is funding the project with a 65 thousand US dollar grant announced by the US Ambassador for Samoa, Mark Gilbert. 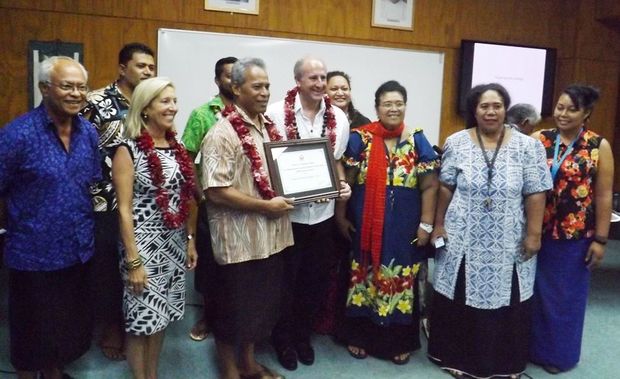 Mr Gilbert says he is pleased the US is able to help preserve history for future generations.

"This will be the first of such data to be archived in a central database, thus preserving these historical landmarks," he said.

"We congratulate the National University for making this very worthwhile project come to life as there tends to be wide gap between the rhetoric of cultural and archaeological preservation and the actual tangible work."

25 sites have been allocated for the project in which a team of archaeologists and lecturers from the National University will be working on for two years.