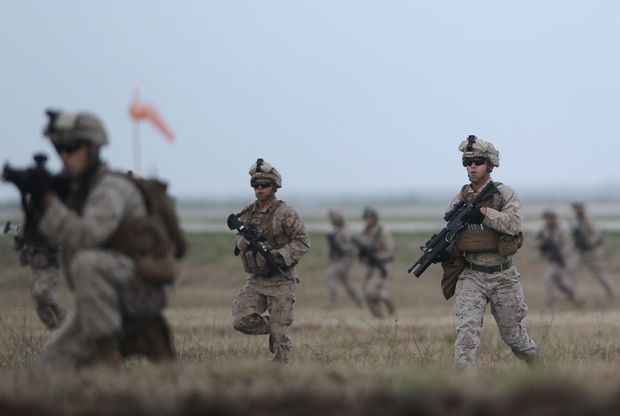 US Marines taking part in a training exercise. Photo: AFP

The director of the Joint Guam Program Office Forward, Commander Daniel Schaan, says another two and a half thousand Marines will move from Okinawa to Guam by 2026.

The Pacific Daily News says it's been a decade since the military began discussing plans to build a base in Guam, following the agreement to reduce their presence in Okinawa.

The plan received the green light in 2010, but concerns were voiced that an expansion of 8,600 Marines and 9,000 dependents was too big and quick.

Last September, a revised plan got the go-ahead.

Mr Schaan says it's realistic the first Marines will move in by 2021.

He says some of the contracts related to the construction of the base could be awarded later this year.

Japan is sharing relocation costs, covering around 3 of the 8 billion US dollars required.