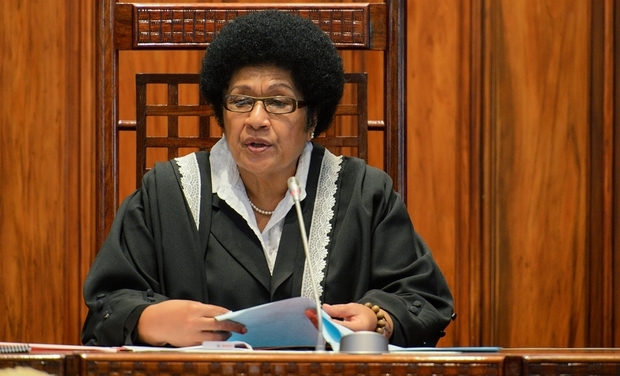 The comments by Dr Jiko Luveni have provoked outrage from women's groups in Fiji and calls for her to apologise.

The Fiji Women's Crisis Centre says the comments are dangerous to women because they encourage perpetrators to continue their violence.

But Dr Luveni said the comments were made in the context of a discussion with a group of women about how they could protect themselves against domestic violence within family units.

"I said that sometimes women do aggravate the situation," she explained, "and this has come from my sessions with the women themselves, that in some cases women are also not responding well to the behaviour of their husbands and they cause the violence within the house."

Dr Luveni said she would not apologise for her statements.

She said the comments were made in the context of a discussion with a group of women about how they can protect themselves against domestic violence within family units.

"Where there's a husband and wife relationship it needs to be more harmonious, more loving to each other, and when that relationship is not there, if they're both confrontational one of them has to give and because the woman is weaker than the man then the woman should give."

The Crisis Centre's co-ordinator Shamima Ali said the statements are a disgrace, especially when in recent weeks at least two women had died brutally, allegedly at the hands of their partners.

"It encourages perpetrators to continue," she says. "You know we are having a hard time, thirty years of work. We are just seeing some changes, some of our leaders, including the Prime Minister really speaking out about domestic violence and then somebody who's looked up to makes these regressive statements. It's totally unacceptable."

Shamima Ali said the women of Fiji who have died and those who struggle to survive domestic violence deserve an apology from the Speaker.