Papua New Guinea's Chief Secretary to the Government alleges that the people behind the current university protests are not students but agitators with sinister purposes.

Students at UPNG and a number of other tertiary institutions around PNG have been calling for the prime minister Peter O'Neill to stand aside to face police investigation over his alleged role in a major fraud case. 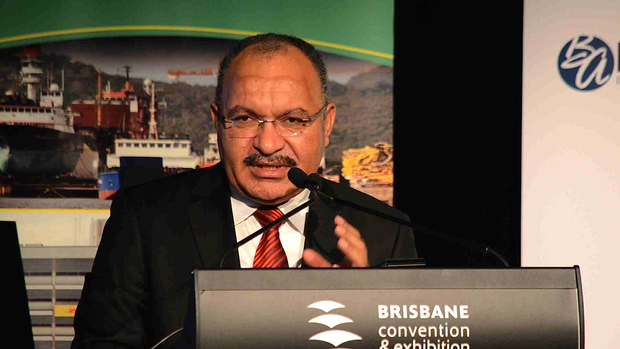 However Isaac Lupari has warned that people attempting to commit illegal acts as part of attempts to hijack student protests that they will face the full force of the law.

Mr Lupari said activists involved with what a government release describes as "the latest attempt to cause civil disturbance" are not students but agitators who have no interest in student matters.

Referring to discourse on social media about the student protests, the chief secretary claimed there was "big money involved in manufacturing protest for people of dubious intent".

Members of the public, he warned, were at risk of being fooled into participating in a broader political campaign.

"Make no mistake, the agitators behind proposed protest are not students, but have much more sinister purposes," he said.

Mr Lupari said that due to the serious nature of threats of violence, the National Security Advisory Committee will now convene to discuss the matter.

"The NSCA is the principal adviser to the Government on security matters and will consider certain powers that can be used against this behaviour."

Meanwhile, students have assured police that they intended to carry out peaceful awareness activities and had been given verbal permission to go ahead with their plans.

A UPNG student leader, Hercules Jim, said they wanted to educate the public about the dire state of PNG's economy and the reasons students were calling for prime minister Peter O'Neill's resignation.

"Peter O'Neill must respect the integrity of the office of the prime minister of this nation," Mr Jim explained, "because there are many allegations attached to him, and the people, the university students have lost confidence."

"That is why we ask him to respect the integrity of the office of the prime minister. Simply, step down and face the full force of law."

However Mr Lupari said the matters that protestors were promoting were also before the court so could not be properly discussed until they have run their course.