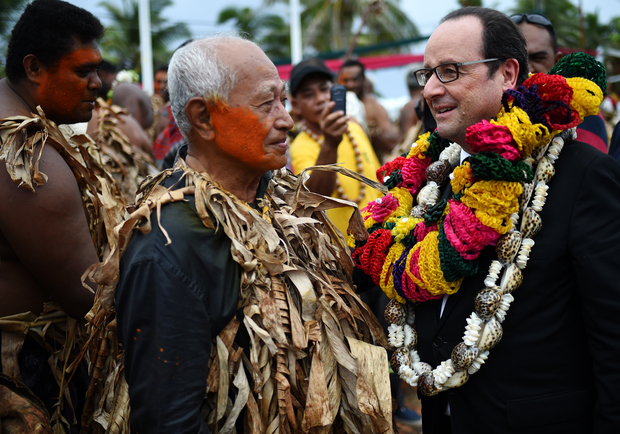 The king of Alo on the French Pacific island of Futuna has abdicated.

Petelo Sea gave no reason for his decision, which comes just two years after he was installed.

In February, he received François Hollande, who became the first French president to visit Futuna.

On neighbouring Wallis, there is one kingdom which last month tried to choose a monarch recognised by all royal families.

Tominiko Halagahu was made the new king but a rival council of chiefs enthroned Patalione Kanimoa two days later to fill a two-year vacancy.

France is yet to recognise one of them.