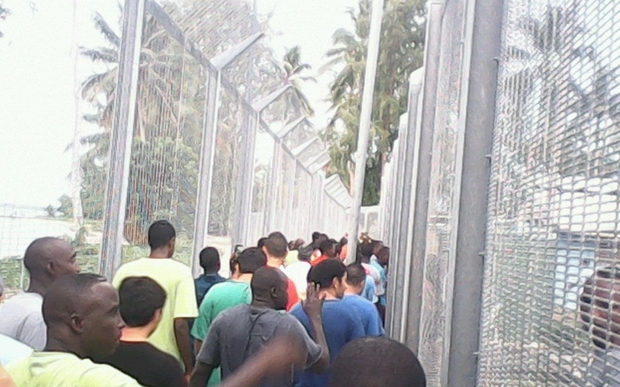 Asylum seekers and refugees at the Manus Island centre in Papua New Guinea are staging the biggest protests there since a mass hunger strike in January 2015.

As protests at the other Australian-run detention centre on Nauru enter day 56, those in the Manus Island centre have holding signs and chanting "Freedom, Freedom" and "This place is illegal".

The centre in PNG was ruled unconstitutional by the country's Supreme Court, prompting the Prime Minister, Peter O'Neill, to vow to close it.

However the Australian authorities said this might take some time and repeated that the refugees and asylum seekers would never go to Australia. 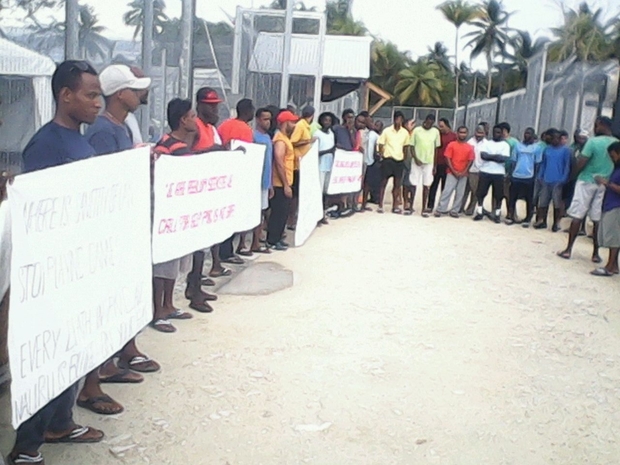 One asylum seeker, Behrouz Boochani, said they were determined to have their human rights respected and Australia had exiled them by force to what they describe as a hell.

It started in Delta compound, where people who have already been determined as refugees are housed, and spread to Oscar compound.

A few people from Mike and Foxtrot compounds joined the protest too.

Mr Boochani said reports that people in the centre are free to move around in the Manus community are incorrect.

He said there are restricted opportunities per day to catch a bus to visit friends at Lorengau, where the refugee transit centre is, but that few people travel on the buses.

Many of the refugees and asylum seeekers are afraid to go out in the Manus community because they feel their security is at risk.

Ian Rintoul, the spokesperson for the Refugee Action Coalition, said the Turnbull government was stalling and trying to drag things out until after the election, but the offshore processing regime was collapsing.