Guam's Catholic church has challenged claims made by the vice speaker of the territory's legislature that an archbishop encouraged senators to shut down a measure intended to support sexual abuse victims.

Benjamin Cruz said he introduced a measure in 2011 that would have temporarily removed the statute of limitations to allow victims of historical sex abuse to file civil action lawsuits.

In an interview with a local radio station, Mr Cruz said after he introduced the measure, the church actively lobbied against it, naming one archbishop, Anthony Apuron, as someone who instructed senators to gut the measure, which eventually passed.

He wouldn't disclose which senators had made amendments on behalf of the archbishop.

The Pacific Daily News reported the Archdiocese of Agana rejected Mr Cruz's allegations, calling them outlandish and also saying it was discriminatory because it targeted only the Catholic church and not all institutions.

Two senators approached by the newspaper about Mr Cruz's allegations also rejected them, saying at no time had they discussed the bill with Mr Apuron. 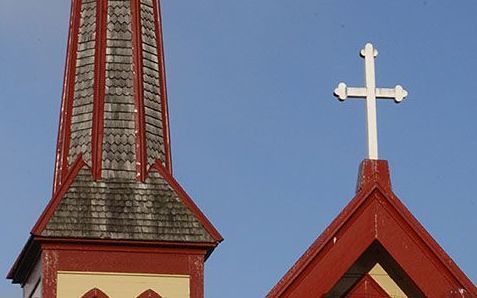