A Somali refugee and her baby are both in a critical condition in a Brisbane hospital after an emergency caesarian section was performed on Nauru. 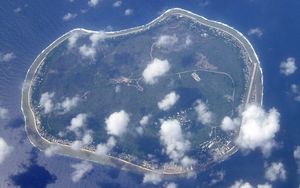 The 22-year-old woman and her child were evacuated from the island separately following medical complications on Thursday.

A spokesperson for Australia's Refugee Action Coalition, Ian Rintoul, said the evacuations show Nauru's health system is unable to care for the roughly 1,300 refugees and asylum seekers Australia has marooned there.

"It's not equipped it hasn't got the staff to deal with this kind of emergency situation," said Mr Rintoul. "There had been some indications of problems with the pregnancy before and that's also something which I think raises issues about the level of medical care. If there were those indications that it was likely to be a problematic birth we really don't think she should have been on Nauru at eight months pregnant.

"The issue of premature birth or difficult birth it's been a disaster waiting to happen and it seems like this time it's happened."

Ian Rintoul said the husband and father will be transported to Brisbane to join his family.