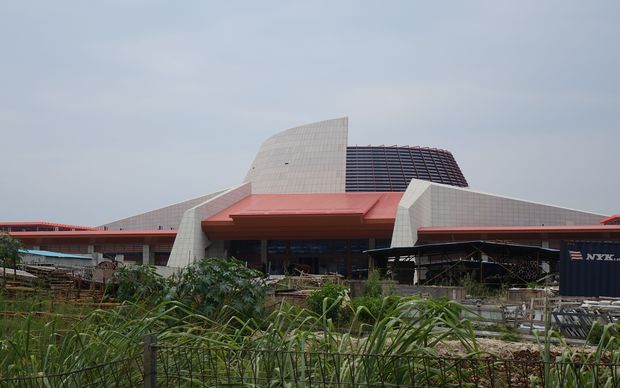 The convention centre in Vanuatu's capital, Port Vila. The US$16 million building was funded by China. Photo: RNZI / Jamie Tahana

Vanuatu's new 1,000-seat Convention Centre was on Friday handed over to the government by China - two years after construction began.

It was built by the Jiangsu Provincial Construction Group Company and features an amphitheatre as well as meeting rooms.

The dining/reception hall seats up to 600 guests and is adjoined by a full-service commercial kitchen.

Work on the site was delayed by half a year because of the devastation caused by Cyclone Pam last year.