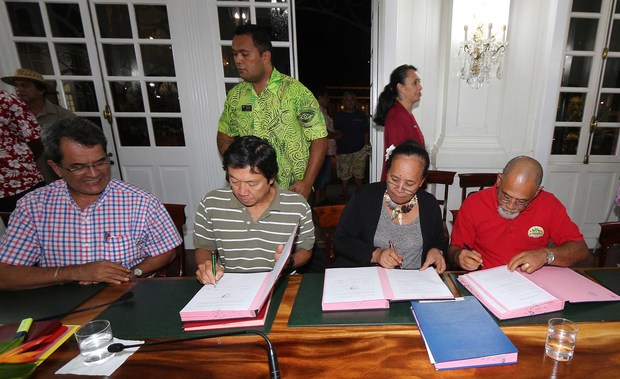 A general strike has been averted in French Polynesia after unions and the government signed an accord last night.

The unions had issued a strike notice nearly a week ago and were poised to start their stoppage at midnight tonight.

They had listed ten points to be addressed in response to massive job cuts and the loss of purchasing power since the great financial crisis.

After days of negotiations, it was agreed that social security provisions would be discussed in two meetings a week until the end of June.

A key concern is the viability of the pension funds.

Hundreds of port workers, however, were scheduled to go on strike at midnight over a list of separate issues.

Air Tahiti staff have issued a strike notice in a bid to preserve jobs as the domestic airline is trying to cope with a sharp drop in the number of customers.