Fiji U23 football coach Frank Farina seems to be happy with the improvement shown during the first half of their Brazilian tour.

Farina told the Fiji Football Association channel that players had to cope with a different level of football than they were used to and handled it well until they tired later in the match.

"First half we defended very well in terms of our structure and our play. The second half fell away a little bit," he said.

"I think that was due to a bit of fatigue, a bit of tiredness and we are seeing a different level of football here. They play very good possession and we were under pressure and we had to defend a lot of the game. That makes it very hard and it takes a lot out of you."

The team then took on Parana Club and lost 4-2 loss with striker Iosefo Verevou scoring a double. 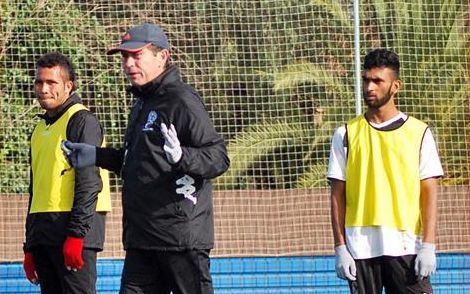 Farina said he was happy with that performance.

"Very pleased. I thought the boys played really well. Again a couple of mistakes which cost us goals early but what we wanted to do was press high and we got two goals from it to come back from 2-0 to 2-2."

Fiji toiled away gainfully until they were reduced to 10 men due to a red card.

After that Parana scored their third and fourth goals to secure victory.

Fiji will play Club Figueirense in their third game of the four match tour.