It's now been two weeks since a fishing boat grounded on the reef near Aunuu which is part of the Marine sanctuary of American Samoa. 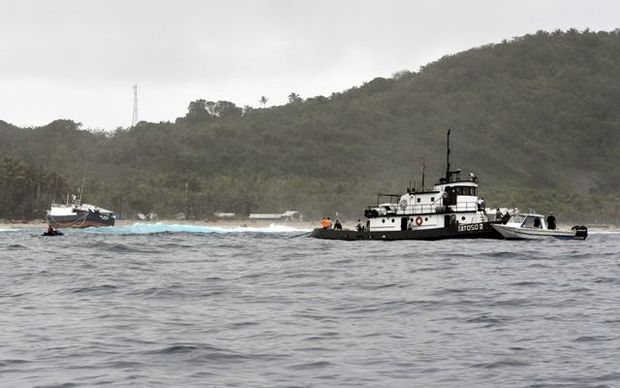 The boat was on a charter for the American Samoa Power Authority when its engine died and it washed on to the reef.

A removal operation was delayed due to Cyclone Amos last week.

Earlier this week an effort was made to remove the vessel with one of the government tugboats pulling it off the reef however the mission didn't succeed.

Commander Arex Avanni, US Coast Guard Honolulu District, is in charge of the removal operation.

"Unfortunately the bridle that we used, one of the connection points, that was holding the tow line to the vessel, broke and we were not able to get it off the reef."

Commander Avanni said they are looking at re-designing the bridle, and at the next window of opportunity remove the vessel.