Construction of the main Korman site for the Pacific Mini Games in Vanuatu has finally begun 20 months out from the scheduled start date in Port Vila.

Work was meant to begin 13 months ago before Cyclone Pam caused widespread damage to the country. 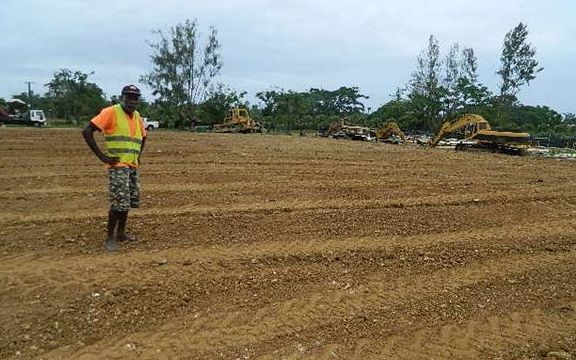 In January, organisers pushed the start date back by three months to allow more time to prepare.

The Executive Director of the Pacific Games Council, Andrew Minogue, said with a permanent government now in place and works underway, it's encouraging to see some much-needed progress.

"The Chinese Government's sponsored construction team started work about two weeks ago down at the site and there's a completion date of June/July of next year and the dates of the Games have been pushed back to December to give them more time but it's also probably a better time for all of us in the Pacific region given that all of the Pacific nations have been invited to the Asian Indoor Games in September so December I think works for everybody."

Andrew Minogue said the new Vanuatu government also passed a budget recently that includes funding for the Mini Games and its Organising Committee, which allows staff to be hired and sporting equipment to be purchased.