Samoa can seal a berth in the World Rugby Under 20 Trophy final if they avoid defeat in tonight's final pool match against Uruguay.

A win or a draw will put them 80 minutes away from promotion back to the elite Under 20 Championship, while they could sneak into the final even if they lose. 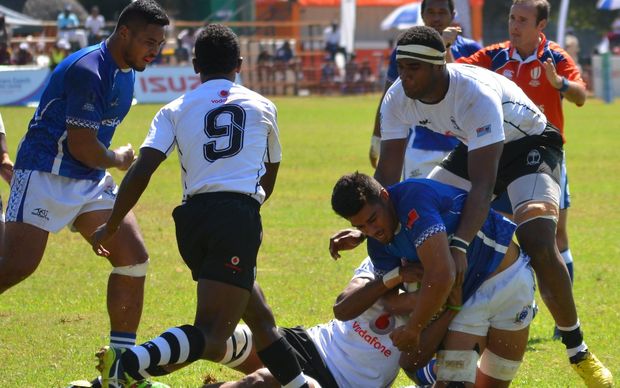 Coach Ramsey Tomokino said they had spent the last couple of days analysing their South American opponents and insisted his squad was taking nothing for granted.

"We know that it's a must-win game and they will be up for it the South Americans. They don't give up - I've seen that in their games, they're actually a very good side so it could be a banana skin game for us if we're not switched on. Third game [in the pool] is always a tough one because you've also got to balance putting guys out there that are fresh while actually still trying to win your game but we've just got to back out wider squad and hopefully some fresher legs can come through and do the business ...the equation is simple, just win it."

If Samoa are successful they are likely to face Spain in the final, who face nearest rivals the United States in their final group match in Pool B.