Papua New Guinea will host the United States and Japan Under 20 Women's Football teams next month in a three-team series.

The week of matches is part of preparations in the lead up to PNG hosting the World Cup in November.

PNG coach Lisa Cole said unlike Japan and the USA, who have had two years of preparation, the PNG team had only been training together for a couple of months.

Cole said the team had done evaluations and a lot of fitness based testing in Goroka and were excited to be preparing for the matches at the end of May.

The original squad of 28 players has been trimmed down to 22, with the final squad to be confirmed in October.

Meanwhile Wednesday marks 200 days to go in the countdown towards kick off.

"The coming months will be exciting because we will be launching the mascot, the trophy and the balls that will used during the tournament. We also have the tri nation's series between the PNG Women's U-20 and USA and Japan, so it is quite an exciting build up for us."

"Right now, we have a team of host broadcasters, including FIFA TV, who are in the country to map out the best possible camera positions for the telecast of the tournament. It's very important for them because they will be running the broadcast coverage of the matches to 100 countries around the world. It will be an opportunity for Papua New Guinea to show the world that we can," Marten said. 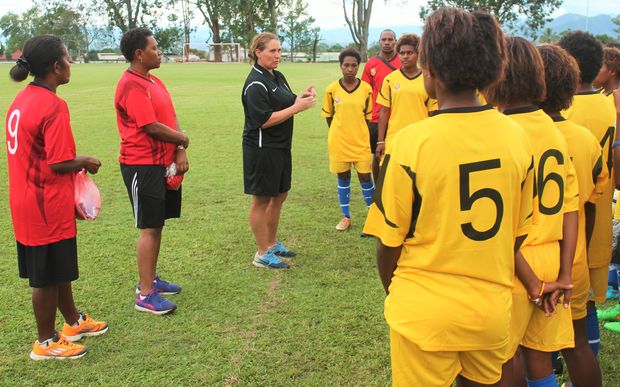