Samoa was starting to feel the impacts of Cyclone Amos on Saturday night, as the still-intensifying cyclone slowly approached the country's two main islands.

The cyclone, still a category three but expected to be upgraded to a category four overnight, was about 100 kilometres northwest of Asau, on the western point of Savai'i island, and was slowly moving southeast at about 30km/h.

In its latest warning, the Samoa Meteorological Service said Amos, with winds gusting in excess of 160km/h, was forecast to be about 60km southeast of the capital, Apia, late on Saturday.

RNZ International's correspondent in Apia said there were already reports of some coastal villages on Savai'i evacuating to higher ground, and there were reports of flooding in parts of the country.

Earlier on Saturday, the Fiji Meteorological Service, responsible for tracking the region's cyclones, said Amos was likely to pass across the top of Savai'i, before veering south and crossing Upolu, near the capital Apia on Sunday. But on Saturday evening that appeared to not be the case, with the cyclone's eye moving to the southeast of Asau. 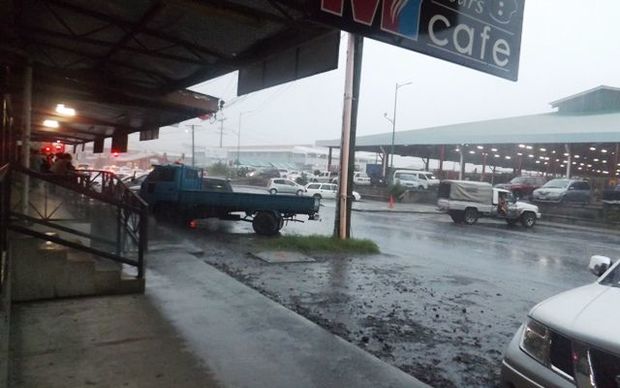 He said Amos would be a very serious storm for Samoa and people should be prepared, as it threatened to be the most powerful storm since Cyclone Evan, which caused extensive damage four years ago.

"If the predictions are right, then Amos might be a greater threat than Evan with a lot of rainfall. We'll wait and see," said Mulipola. "The flooding situation might have slightly less impact than Evan."

Residents in Samoa spent Saturday stocking up on supplies and securing loose items, with authorities warning people to be on alert and prepare for possible flooding, landslides and wind damage. Heavy rain, strong wind, and flood advisories had been issued for the entire country. 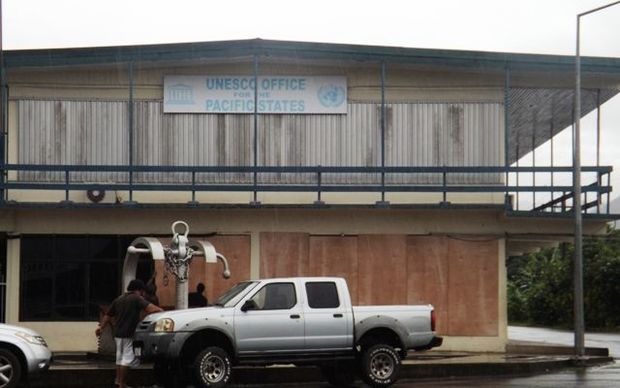 "[They should] take the necessary means [to protect] their houses and also what is required for the worst-case scenario," said Mulipola, who said the country's cyclone centre had been activated and authorities had been briefed. "It will impact the whole country."

Virgin Australia said flights scheduled for Sydney, Brisbane and Auckland on Sunday had been cancelled. Air New Zealand said it did not have any flights scheduled until Sunday afternoon, and would keep an eye on the situation. 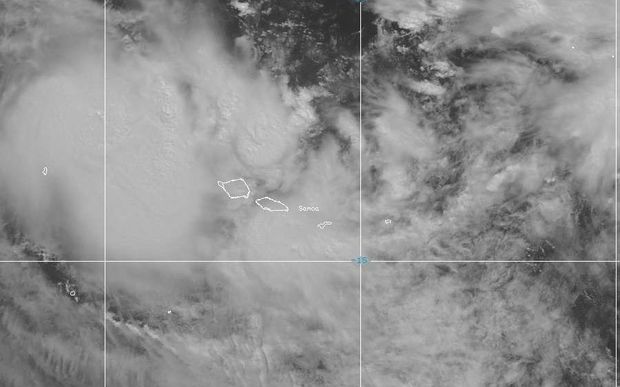 A satellite image of Cyclone Amos as it nears Samoa, supplied by the US National Weather Service. Photo: Samoa Meteorological Service

After passing Samoa, Amos is expected to veer south into Tonga's northern islands and weaken, although this system has followed an enigmatic path with varying forecasts, and it could still continue east towards American Samoa.

The territory had been placed under a hurricane watch and a high surf warning had already been issued, the United States National Weather Service in Pago Pago said.

A forecaster, Mase Akapo, said the territory could still expect hurricane force winds from Cyclone Amos, even though it's not expected to enter the territory's waters.

"Although it maybe quite a way away from us, we should be very much expecting fairly strong winds," said Mr Akapo. "This is almost the same track that was taken by Heta in 2004, and Heta was still about 90 miles away from Pago Pago, and yet we had winds over 100 knots."

The territory's government activated its emergency operations centre, and residents spent the day securing their homes and belongings.

"We are looking at surfs of 14 to 16 feet this afternoon and 18 to 22 feet tomorrow night and into Sunday morning," said Fili Sagapolutele, RNZ International's correspondent in the territory's capital.

"[Authorities] are asking people who live along the shoreline to be mindful of this situation and to prepare to move as soon as those high surfs start hitting the territory," said Ms Sagapolutele. 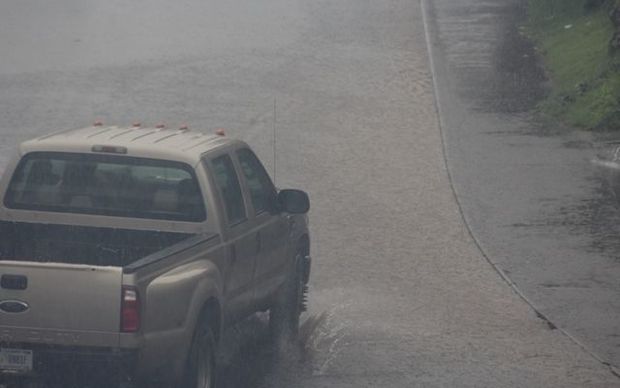 Stores in Pago Pago had reported increased sales of plywood, torches, batteries, water and canned food as locals heeded authorities' warnings to prepare and to be ready to evacuate.

Cyclone Amos is approaching the Samoas after passing about 90 kilometres north of the island of Wallis, a French Pacific territory, overnight on Friday.

The territory had been put under curfew overnight as the island braced for winds in excess of 150 km/h, but the cyclone passed further north of the island than feared, and on Saturday Wallis woke to only minor damage, the territory's public broadcaster said.