The Tonga Government has agreed to cover debts owed by the Tonga Rugby Union as part of a tripartite agreement reached following talks with World Rugby.

The three parties met in Nuku'alofa two weeks ago to address administration and governance issues, the union's debt and outstanding legal cases.

The interim chair of the Tonga Rugby Union, Fe'ao Vunipola, said the government has agreed to settle the Union's debts with Carinat Sports Marketing and Mount Smart Stadium.

He said once the tripartite agreement has been signed, World Rugby will also release three months of High Performance Unit and development funding, that has been withheld since the start of the year.

"We received the tripartite agreement last week so we're looking at finalising things and signing it so that we will proceed and them to release the funds that we need to run the game here."

The resumption of World Rugby funding will also allow the Tonga Rugby Union to pay its staff for the first time in close to three months.

Among the package of reforms agreed during the talks was the establishment of a joint management committee to oversee high performance rugby in Tonga, the re-establishment of the Tonga National Rugby Academy and a restructuring of World Rugby's development investment programme for competitions in the outer islands, including 'Eua, Ha'apai and Vavau.

Fe'ao Vunipola said the respective parties are still discussing how these new initiatives will be paid for but says they will make a big difference to rugby in Tonga.

"It means helping out with the local competitions in the outer islands and in Tonga as well and setting up this rugby academy which I think we are in desperate need of having one, just to make sure that the conveyor belt is moving and we supplying and providing the players that we need, other than relying on sending our young players to New Zealand and Australia for their rugby school. I think it's all good for us going forward - it is positive for Tongan Rugby." 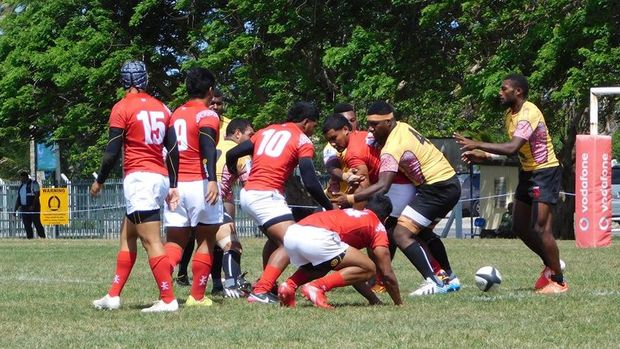 It's hoped new programs will boost the development of local rugby players in Tonga, such as the Under 20s team playing here against Papua New Guinea. Photo: Fiji Rugby