Former Auckland midfielder Adam Dickinson put Amicale in front midway through the first half, a lead they maintained until the Darren White equalised in the 71st minute. 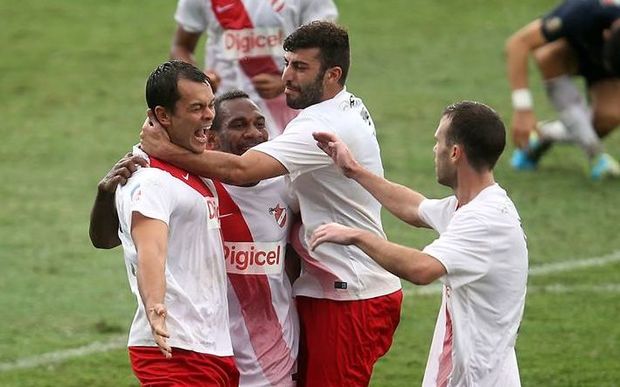 Amicale's Adam Dickinson celebrates with teammates after scoring the opening goal of the match. Photo: OFC via Phototek

Ryan de Vries then scored on the stroke of full time followed by a Joao Moreira goal in stoppage time to give the hosts a dramatic victory and top spot in Group A.

"It was a big test. I think we played a fantastic game to be honest. We dominated the game from start to finish but when they scored that goal the nerves have popped out, that's normal," Tribulietx said.

"In the second half we managed to assert our style, we readjusted a couple of things and that gave us a bit more depth in the way we were attacking." 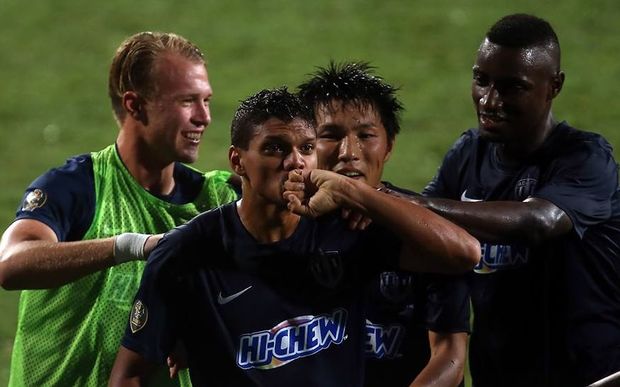 A draw would have been enough for Amicale to reach the knockout rounds as the best second placed team across the three groups but captain Fenedy Masaufakalo said they just couldn't hold on.

"We had a good first half and in the second half we tried to maintain the ball but obviously we keep on losing every ball we came up with and the coach had some changes maybe too late for the situation. You know, it's soccer and everything happened and we lost the game...very disappointing."

In yesterday's other match, Solomon Warriors won a 5-4 thriller against Papua New Guinea's Lae City Dwellers to sign off in style.

The semi final draw is now set for Wednesday with last year's grand finalists, Auckland City and Team Wellington, on course for a repeat showing.

Auckland face Tahiti's AS Tefana first up before Group B winners Wellington face off against Group C winners AS Magenta from New Caledonia.