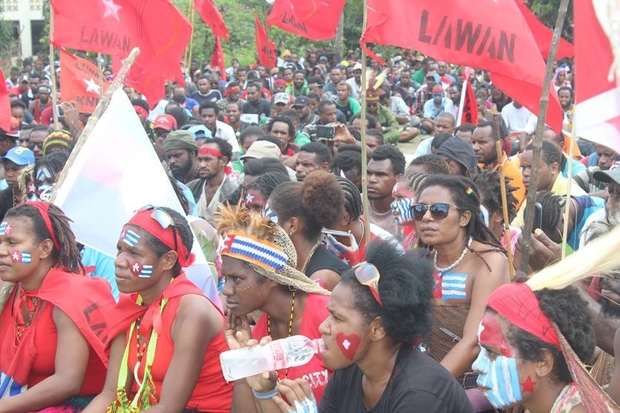 44 West Papuans were arrested by Indonesian police during demonstrations across Papua region yesterday.

The demonstrations in the main cities of Papua and West Papua provinces were voicing support for the United Liberation Movement for West Papua and its bid for full membership in the Melanesian Spearhead Group.

Thousands of West Papuans marched in the peaceful demonstrations in cities including Jayapura, Yakuhimo, Manokwari, Merauke and Sorong.

13 demonstrators were arrested in Merauke, 11 in Jayapura, 5 in Yahukimo and 15 in Kaimana regency.

In Jayapura, the 11 demonstrators were arrested by police for allegedly trying to occupy the Papua Provincial Council office in Jayapura, as the demonstration was forced to move to the Cendrawasih University in Waena.

During the Jayapura rally, the protesters objected to Indonesia being given associate membership in the MSG.

A local Liberation Movement member Markus Haluk said the MSG was only intended for Melanesian countries.

Speakers atthe demonstration, including professional Papuan footballer Eneko Pahabol, conveyed that West papausn identify as being Melanesian rather than Indonesian.

Papuans have shown strong support for the Liberation Movement which was last year granted observer status in the MSG, whose full members are

Indonesia was also last year granted associate member status at the MSG and has been opposed to the Liberation Movement's participation in political representation of West Papuans.

The Jakarta Globe reports that the Movement is to embark on a campaign in London next month to lobby for an internationally supervised vote on West Papuan independence. 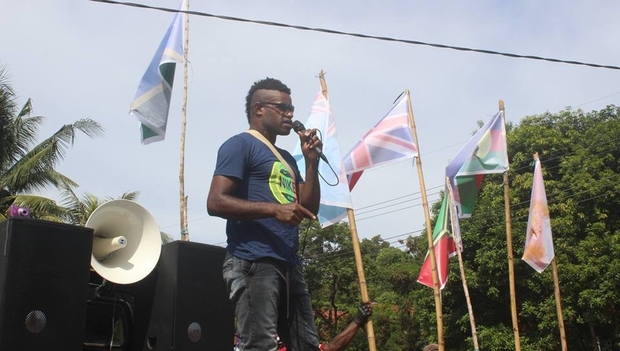