The Chairman of the Melanesian Spearhead Group has defended the appointment of the MSG secretariat's new director-general amid claims by Vanuatu that due process wasn't followed.

Last week, Fiji's government confirmed that its ambassador on climate change, Amena Yauvoli, had been selected as the new MSG director-general.

This was confirmed on Monday by the MSG chairman, the Solomon Islands prime minister Manasseh Sogavare.

However Vanuatu's government objected to the announcement.

The Vanuatu prime minister Charlot Salwai wrote to Mr Sogavare, saying the selection of director general was meant to be done at the MSG Leaders' Summit, which is scheduled in Port Vila next month.

Vanuatu had nominated one of its diplomats, Roy Mickey Joy, for the position, and warned that any deviation from the proper appointment process ran the risk of bringing the MSG into disrepute.

Mr Salwai said the constitution of the MSG required that the selection be a fair, open and transparently competitive process. 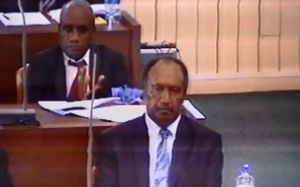 But Mr Sogavare said the appointment of Mr Yauvoli was made within the requirements of the MSG Agreement and authority of the MSG Chair after consulting MSG leaders.

The MSG chairman said that following the sudden resignation of Peter Forau as MSG director-general last year, it was a matter of urgency to appoint someone to the position in the interests of the secretariat being able "to function effectively".

Mr Sogavare said this was done according to the MSG rules.

His regional tour of MSG member states in February was reportedly part of consulting fellow leaders about nominations for director-general.

As a result of his visits, Mr Sogavare described a strong consensus emerging for the Fijian's appointment to the role.

Referring to Vanuatu media reports suggesting that the MSG constitution could have been breached by the new appointment, the MSG chair said misleading reports

had the potential to cause disharmony amongst the MSG members.

Mr Sogavare warned that if individuals within the MSG Secretariat were involved in misleading the leaders and public of Vanuatu on this matter, they will be dealt with accordingly.