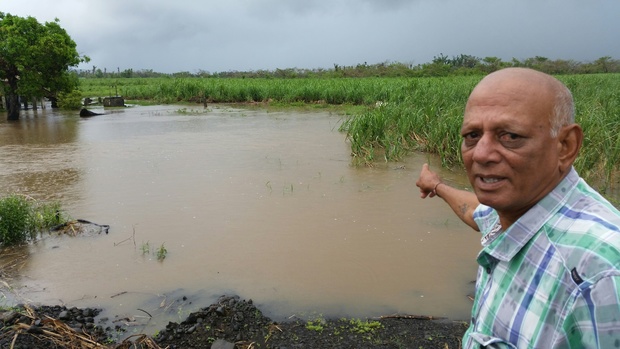 The Fiji Sugar Corporation has urged sugar farmers to grit their teeth after a devastating few weeks for the industry.

Sugar cane growers have told RNZ International they are fed up after Cyclone Winston's damage to crops, last week's flooding and two years of drought.

One representative estimates 70 percent of farmers are ready to walk away from the industry.

But the Executive Chairman of the Fiji Sugar Corporation Abdul Khan says relief funds committed by the European Union will be used to resurrect the 40 percent of cane on Viti Levu that was damaged after Winston.

"What we will do with that money is the replanting that we need to put in place to get our crop back up as quickly as possible for 2017. Government has also given us FJ$5 million, We are sourcing that to get plantation done quickly more for seed cane purpose rather than as mature cane."

Mr Khan says assessments are still being done after the floods.

He says the industry has been set back by about a year but if planting is done at the appropriate time, from September to November this year, then there should be an improved crop for 2017.

"There will be some people who will be frustrated and it's understandable and (for) some people it's not so much the sugar cane they've lost but everything they've lost," he said.

"But at the end of the day I don't see too many people moving out."

Mr Khan said the farmers have had ration packs, temporary housing help, and US$500 interest free loans from the Sugar Cane Growers Fund.

The EU has pledged more than US$23 million over four years to aid the agriculture and sugarcane industry after Cyclone Winston.