Tonga rugby league coach Kristian Woolf has begun talking to players to gauge who will be available for next month's Pacific Test against Samoa.

The Mate Ma'a were edged 18-16 in last year's match against the Toa and beat Cook Islands in October to secure their spot at next year's World Cup. 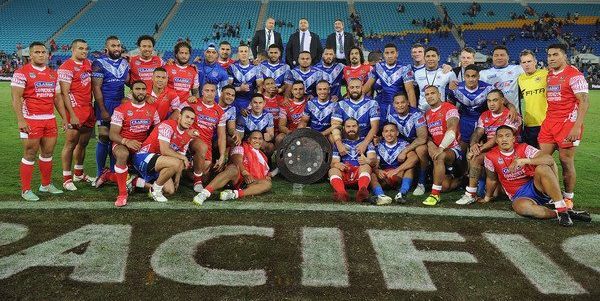 Head coach Kristian Woolf says the eligibility rules remain an obstacle for Pacific teams, with the likes of Warriors utility Tui Lolohea and Roosters second-rower Sio Siua Taukeiaho, who starred for Tonga in the 2015 Pacific Test, unavailable next month after representing New Zealand at the end of last year.

"For my part I think they're a little bit constricting, particularly for the Pacific Island nations. They disadvantage us somewhat and like if a player has played for us previously and, with dual eligibility, chooses to play for an Australia or a New Zealand they're basically punished and not allowed to come back to us for a two year period...I do think that's a real blight on the rules as they stand and certainly in terms of trying to strengthen the Pacific nations it would be great for everyone if those calibre of players were playing for us."

But he remains encouraged by the young Tongan talent coming through the ranks in the NRL.

"We've got a lot of young forwards, in particular, that are really starting to establish themselves as full-time NRL players and make a bit of a name for themselves at that level. The more players we have playing at that level consistently the stronger we're going to be as a team."

Papua New Guinea and Fiji will also go head to head on May the 7th in Parramatta.