An assessment by the Fiji Institute of Engineers has found that some schools in the country failed to meet building codes and standards. 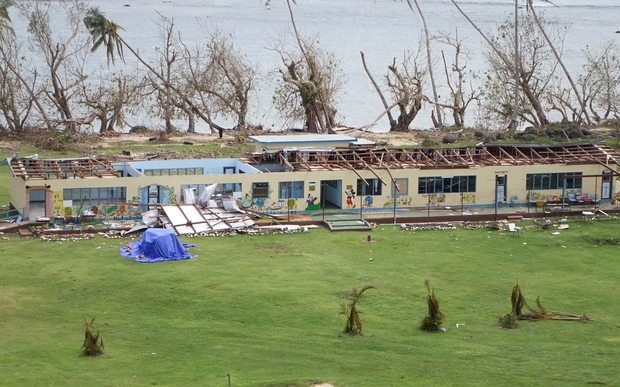 The primary school at Lavena Village, Taveuni, was one of many damaged by Cyclone Winston. Photo: Alex Perrottet/RNZ

The Institute has been working voluntarily to help the government carry out assessments on the damage to infrastructure after Cyclone Winston, and found that many school buildings did not meet the standard requirement.

Education Minister Mahendra Reddy told the FBC his ministry was only responsible for the 12 government owned schools and was unaware of the status of other schools.

Dr Reddy said all the other schools are owned by faith-based groups or committees but the buildings are supposed to be approved by local authorities which he said is where things have not gone right.

The minister said local government authorities should have employed their engineers to conduct periodic checks but this was not done.