The head of the Parties to the Nauru Agreement says it is good to hear there is no push to end its Vessel Day Scheme for managing its fisheries.

At the Pacific Islands Forum summit in Port Moresby last year New Zealand announced a grant to help the Pacific move to a quota management system away from the vessel day scheme, or VDS.

Part of that process is underway with a study tour starting in Wellington today but New Zealand's Pacific economic ambassador, Shane Jones, says it is not about trying to get rid of the VDS. 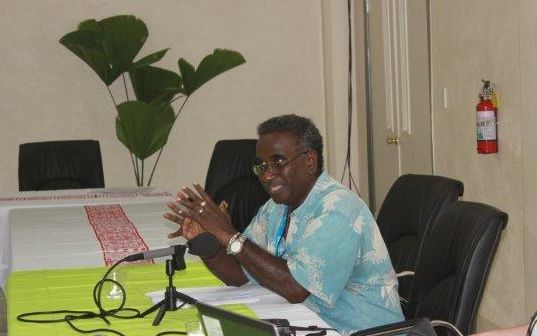 The head of the Parties to the Nauru Agreement, Transform Aqorau, 2014. Photo: RNZI / Monica Miller

"It is nice see that there is a reversal in what people are saying but that is not what was coming out last year," said Dr Aqorau.

"What was coming out was they were saying it was going to be catch, moving away and moving towards catch. I think that has to be explained properly and it's good there is a reversal in how it is being characterised now."