New Zealand's Pacific ambassador, Shane Jones, says by encouraging a catch-based fisheries management system, his country is not advocating that other methods should go.

New Zealand is this week hosting about 40 fisheries ministers and officials where the virtues of its catch-based system will be extolled. 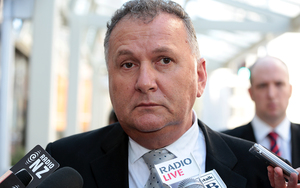 One organisation of Pacific fishing nations, the Parties to the Nauru Agreement, said its members were firmly committed to their Vessel Day Scheme, under which they sell fishing days to distant water fishing nations.

Mr Jones said he welcomed the financial success the PNA had in its purse seine fisheries and that New Zealand was supportive of that.

But he said there were other fisheries' challenges.

"And a lot of what we are doing this week is actually focussing on those problems," said Mr Jones.