The head of the International Trade Centre Arancha Gonzalez says that Pacific Islands need help in building resilient economies in the face of climate change.

The ITC is the joint agency of the United Nations and the World Trade Organisation and advises and trains producers on how to reach international markets.

Following a visit to Fiji, Arancha Gonzalez identified climate change as being the biggest challenge to Pacific farmers being able to access international markets.

Ms Gonzalez's planned visit was compromised by the recent flooding.

But she had discussions with Fiji's prime minister Frank Bainimarama who she said was taking the issue of climate change seriously.

"I think we need to work a little bit in helping the Fijian farmers, and the Fijian business, and the Fijian government in building the resilience of the Fijian economy to withstand these shocks that are coming from severe climate change, that is posing huge challenges for the economy and the social fabric of the islands."

She said the Fiji government understood the ways Fiji producers could supply the world market. 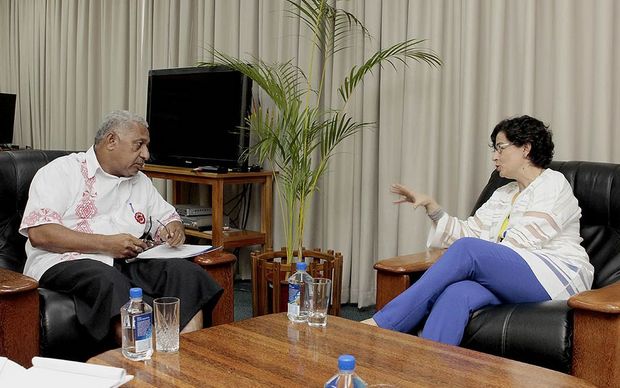 She said increasingly it had to be a supply based not on quantity but on quality, meaning niche products, high value-added with good branding, with varieties that were rare in international markets.

Arancha Gonzalez visited Suva mostly, but also some companies which the ITC works with in Navua, exporters of ginger and value-added products.

Ms Gonzalez was also scheduled to visit projects in Ra Province but this was cancelled because of the flooding.

Arancha Gonzalez said the international community needs to contribute to solving the problem not to exacerbating it.