Air New Zealand has told Vanuatu that interim repairs on the runway of its main international airport, Bauerfield, are not adequate enough for it to resume servicing the route.

After Air New Zealand and Qantas withdrew their service to Port Vila in January, citing concerns over the safety of the runway, Vanuatu activated a $US60 million World Bank loan for an aviation overhaul.

The package included a long term upgrade of the Bauerfield runway as well as emergency interim repairs designed to get it up to the required standard for the following year. 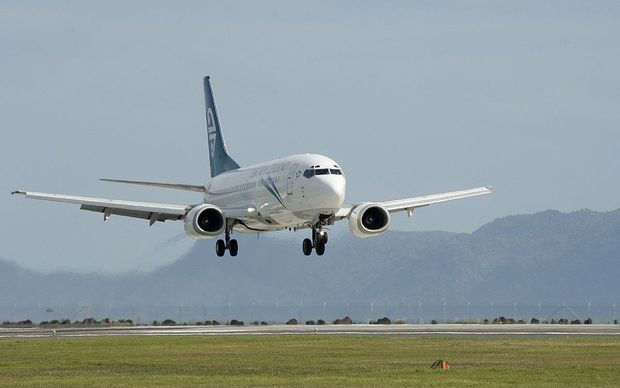 Works began last month and the contractor Fulton Hogan has completed the first phase of the Bauerfield Repair, a "surface enrichment sprayed treatment".

The remaining work, involving asphalt patch repairs, was scheduled to be complete by mid-April with the Vanuatu government hoping for full capacity by the start of the tourist season in May.

But in a statement, Air New Zealand said it had now advised the Civil Aviation Authority of Vanuatu that it would only consider resuming services once a permanent solution for the runway had been fully funded, designed to a satisfactory standard and contracted to a competent contractor.

Air New Zealand's General Manager Flight Operations, Stephen Hunt, said that while interim repairs were currently underway the one year lifespan of these repairs did not provide sufficient operational certainty to build a sustainable service on.

"We continue to monitor the situation in Port Vila and we're encouraged with the Vanuatu government progressing the current World Bank Pacific Aviation Investment Program in relation to Bauerfield," said Mr Hunt.

The statement said Air New Zealand was hopeful that the current proposed works to permanently resolve the operational integrity concerns at Bauerfield would proceed without further delay, strengthening the prospect of a resumption of services later this year.

Meanwhile, other airlines continue to fly their jet planes to Port Vila, including Air Vanuatu, Air Caledonia and Air Pacific.