A high ranking Samoan chief has returned to the village of Solosolo after a lifetime ban on him and his family was lifted. 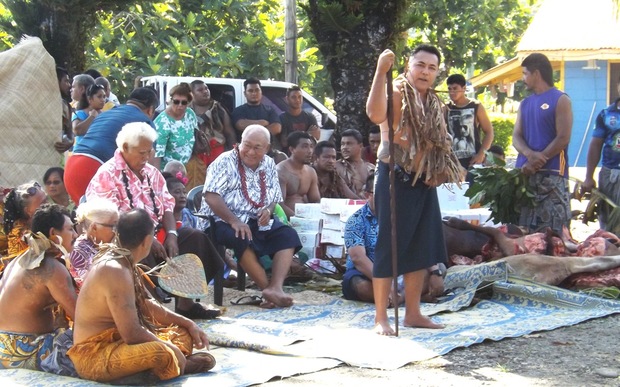 A former parliamentary speaker, Leota Leuluaialii Ituau Ale, had been banished for life by the village council but it unanimously decided to lift it two weeks ago.

A dispute between Leota and others in the village resulted in his guest-house being burnt down in 2012 and family vehicles and houses wrecked.

There had been two separate orders from the Lands and Titles Court for the village to end the ban but it failed to do so until last month.

A village matai says the change of heart was the result of reconciliation and forgiveness between the two sides to show the true spirit of Easter.

Leota Leuluaialii Ituau Ale and his family, in a traditional ceremony today, presented the village with food, including six cattle, up to $US10,000 and fine mats.