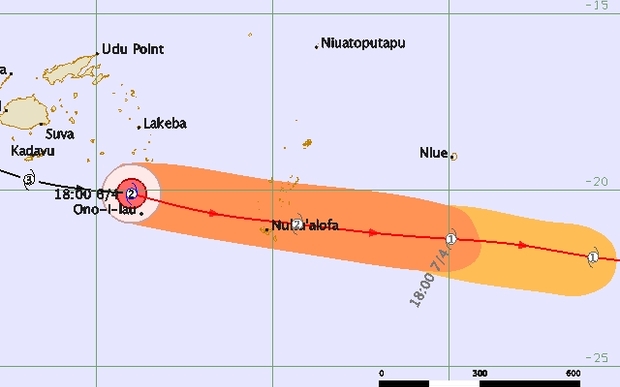 Tonga experienced heavy rain and high winds this morning but it appears cyclone Zena has weakened significantly as the remnants of the cyclone drift away from the country.

The Tonga Meteorological Service director, Ofa Fa'anunu, said at 10am this morning the cyclone still had a Category 2 structure.

He said the main island of Tongatapu was affected and 60 millimetres of rain was recorded in the capital Nuku'alofa around mid-morning.

"A couple of hours ago we had very strong winds, the winds were around 25 knots gusting to 40 with very heavy rain and then everything just stopped, the sky is starting to clear up now."

Ofa Fa'anunu said they are reviewing the status of Zena and says it no longer resembles a cyclone.

Police in Tonga had earlier warned the public to stay indoors and keep safe, and told the parents of students at Tupou High school and Queen Salote college, in the capital Nukualofa, to collect their children.

The police is also warning the public to stay away from any fallen power lines, and to report them to Tonga Power.

All Real Tonga domestic flights have been cancelled for the day, and customers were told to be on standby on Friday if the weather permits.

The police say USP campuses in Nuku'alofa, Vava'u and Ha'apai have been closed for the day.

People in Fiji are back to business in those parts of Fiji which were spared the worst of Cyclone Zena - a category three cyclone which swept through overnight.

Sally Round reports from Lautoka:

"As soon as the overnight curfew ended people were back o the streets of Lautoka - the city escaped the worst of Cyclone Zena. long lines have been queuing at the offices of the National Provident Fund for cyclone payouts set up after Cyclone Winston." 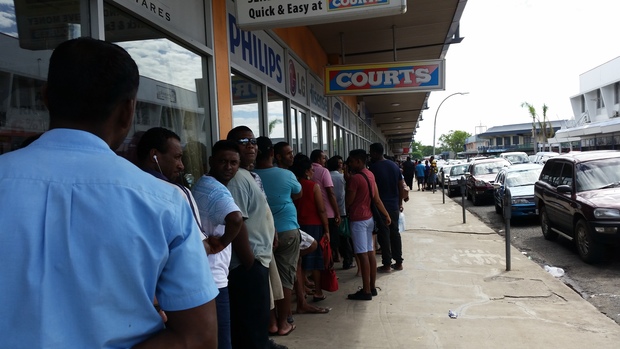 "The market is in full swing buts its bosses report even fewer stallholders and higher prices for vegetables. A furniture store owner says his business is back seven years after Cyclone Winston although people have been rushing to buy furniture to replace damaged goods.

"A clerk says his family has been set back 15 years and other people say they are using up life savings to recover," she says.