The Cook Islands Chamber of Commerce president says a trial to scrape algae out of Muri lagoon using an excavator has been a success.

The lagoon had been plagued by unsightly algae issues which in turn affected tourism in the area. 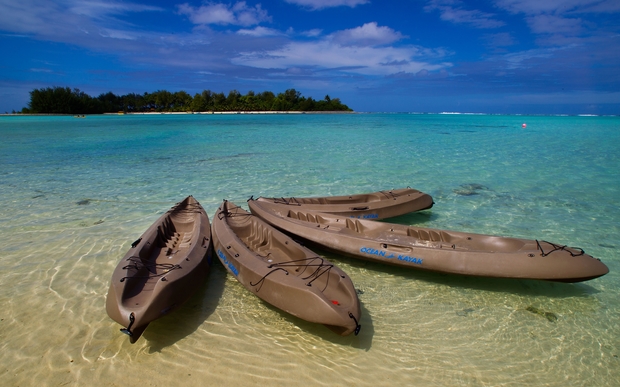 Mr Lyon said no negative issues affecting the marine ecosystem were recorded during the trial with coral being successfully avoided.

He said the trial only scratched the surface of what could be done.

"The point of this trial was to improve the aesthetic value and the immediate ecological value of the lagoon. The algae comes in and creates a different kind of ecology, get different organisms living there and it looks kind of dark when you are looking at it from the beach. It's not dangerous, you can swim over it, it's just a different environment. Now we remove the algae, the white sand returns almost immediately, different fish life comes back in, plus it just looks better."

Mr Lyon said a complete Environmental Impact Assessment for clearing the rest of the algae was in government hands and the onus was now on them to move the initiative forward.