An opponent to Fiji's planned change of flag says that in light of the damage caused by Cyclone Winston, spending taxpayers money on a new flag would be deeply insensitive. 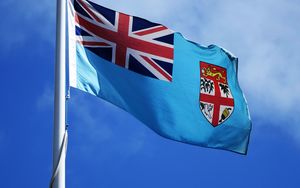 The government said it would select five alternative designs to present to the public by the end of this month, before a period of consultation.

It had been hoped that the process would be completed by Constitution Day in September, where the old flag -- with a British Union Cross at the top left corner and a shield with symbols including the British lion and the Cross of St George in its right half -- would be lowered for the final time.

But Peter Waqavonovono, who is part of a network of youth leaders who have been campaigning against changing the flag, said nothing had been heard about the flag recently.

He said there were currently more urgent areas for money to be directed.

"A lot of people would actually consider this very insensitive for the prime minister to actually start you know using money unwisely and diverting tax payers money to creating a new flag," he said.

Mr Bainimarama, who refuses to entertain the idea of a referendum on the flag, has said he wants a new flag this year, although nothing has been said about whether Cyclone Winston will affect that process.