The captain of the Pacific Oceania Fed Cup tennis team says next month's tie in Thailand is an opportunity for some new faces to impress on the global stage. 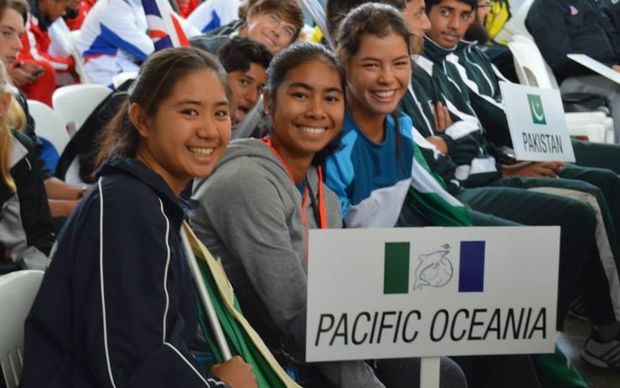 Samoa's Steffie Carruthers and Abigail Tere-Apisah from Papua New Guinea are both ranked in the top 950 in the world and were a part of last year's team that finished fifth of eleven teams in Asia/Oceania Zone Group Two in India.

This year they are joined by 16 year old Ayana Rengiil from Palau, who has represented Pacific Oceania in the Junior Fed Cup and 24 year old Mayka Zima from Tahiti.

"She is a young talent. I heard about (her from) some young players in Tahiti because they met her at junior world events and they said she is a good player so we will see in Thailand. For Mayka Zima she is from Tahiti - I know her very well. She is a really good player, she is 24 years old and she did really good at the Pacific Games: she had a bronze medal in the team event with the Tahitian team and she had the bronze medal too in the doubles event with her partner."

Patrice Cotti said the aim this year is to earn promotion to Group One in the region.