The New Caledonian government has been put under pressure by truck drivers who want the territory to export nickel ore to China.

They have issued an ultimatum to the administration of president Philippe Germain to use its sitting on Tuesday to authorise more exports or face fresh blockades. 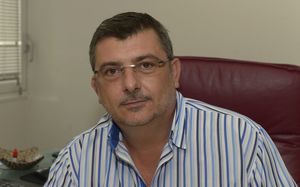 The threat comes after a sharp drop in the price of nickel triggered huge industry-wide losses and damaged exports markets, including Australia.

Earlier this month, Mr Germain admitted the context had changed and the government would re-examine demands to export low-grade ore to China after earlier opposing exports to shore up the price.

And two weeks ago, the government said it would disburse US$5.5 million of a special Nickel Fund this year to help exporters and contractors.

They say however that they don't want money but work for their trucks.

In August, the truck drivers blocked key access roads around Noumea for weeks over the nickel export dispute.

A photo taken on August 19, 2015 in Noumea shows trucks blocking the Riviere Salee roundabout, as truck drivers blocked the different roundabouts leading to the city with 30-tonne trucks on the 15th day of protests against the government concerning the opening of a nickel ore export canal to China. Photo: AFP