Solomon Islands is to host the Pacific Islands Development Forum later this year.

It will be the fourth summit of the PIDF and the first to be held outside of Fiji.

Island Sun reports that the Solomon Islands prime minister Manasseh Sogavare accepted a proposal by the PIDF Secretariat to be this year's host, while he was in Fiji this month on his tour of Melanesia as chairman of the Melanesia Spearhead Group.

The PIDF was established in 2013 by Fiji's military regime which has repeatedly denied that it was trying to create an alternative to the Pacific Islands Forum as the region's pre-eminent grouping. 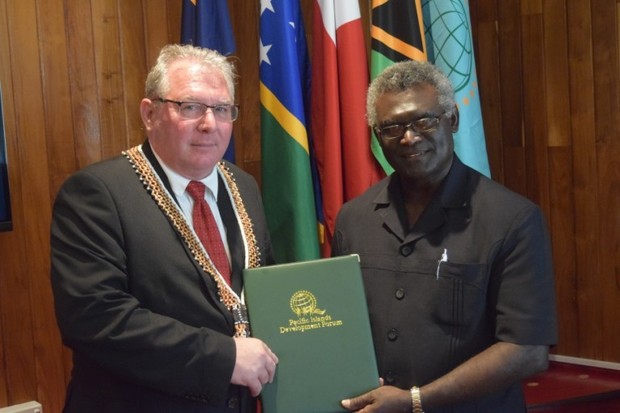 It bills itself as a conduit for sustainable development in the region and meeting the real needs of island states.

The PIDF Director-General, Francois Martel, said the secretariat feels the hosting responsibility should be taken on by other PIDF member countries to reflect their inclusivity and also the growing recognition of the PIDF as an international organisation.