A heavy rain and flood warning has been issued for low-lying areas in Fiji as the tropical depression to the country's south moves closer. 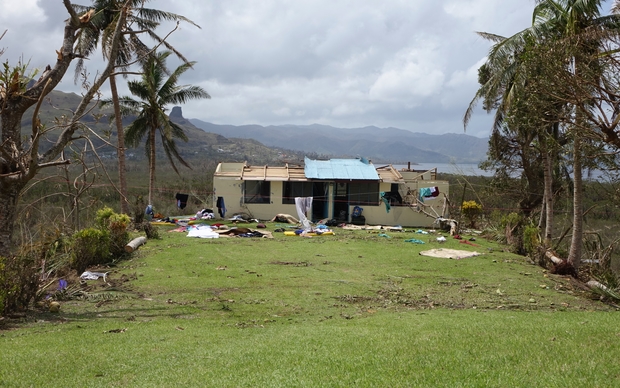 A lot of houses and infrastructure in Fiji remains damaged after Cyclone Winston a month ago. A heavy rain and flood warning was issued for the country on Tuesday. Photo: RNZI / Alex Perrottet

The Fiji Meterological Service on Tuesday said the tropical depression had only a low chance of developing into a tropical cyclone.

However, many in Fiji without homes or with damaged houses after Cyclone Winston a month ago are being told to be aware of flash flooding.

The low trough is moving eastwards and the heavy rain warning is for the whole of the country.