A main road in Enga province in the Papua New Guinea's Highlands region has been cut off by a large landslide. 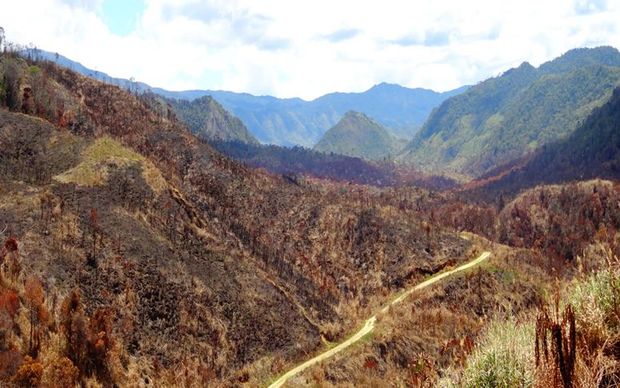 The newspaper, The National, has reported that the Laiagam-Porgera section of the Enga Highway has been closed by the landslide which also buried 40 homes at Lukuluma village.

It's not yet known if there were any human casualties.

The police's acting superintendent George Kakas estimated that it would take at least four weeks to repair the road to Porgera gold mine.