The Guam men's football team was approached to play against Oceania's top-ranked team, New Zealand, but turned them down because their schedule was already planned well in advance. 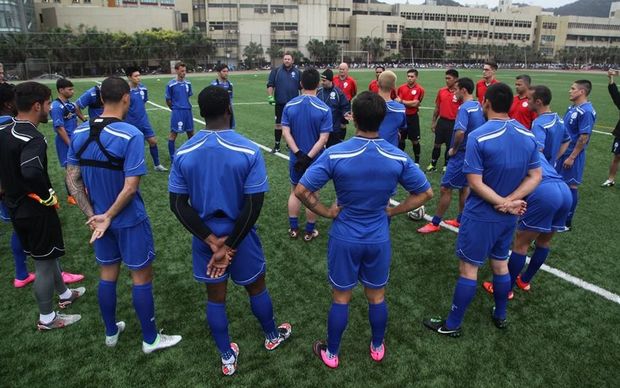 The Matao take on Chinese Taipei this evening as part of their preparations for next week's final Asian World Cup qualifier against Oman.

Their last match was a 6-0 home defeat to Iran in November and head coach Gary White said his squad has been refreshed from the extended break.

Coach White said, despite being out of contention for Russia 2018, their performances during qualifying have led to a lot of interest from other countries.

"We got approached from the Taiwanese FA and they offered us the chance to come and play here. After we signed the contract with them we actually got contact from New Zealand (and) we actually had contract from Bahrain but we had already committed to this."

"It just shows how far the programme has come that we're getting these offers from all over the place and obviously New Zealand. Our response was yeah we would love to do it but we'd already planned our games programme way in advance so we just need to get a little bit better logistical communication for these games" he said.

Gary White said tonight's match is a chance to see some of their new players on the international stage.

Guam are fourth in their Asian World Cup qualifying group and are well-placed to secure a berth in the next round of qualifying for the 2019 Asian Cup.

The US Territory are ranked 154 in the FIFA rankings, just five places below New Zealand.